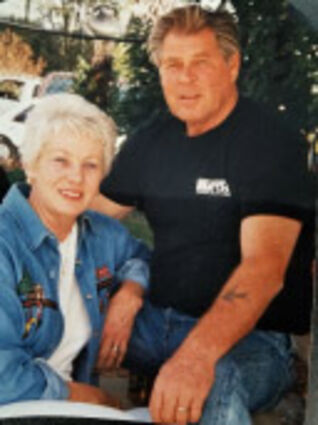 Miriam Scrape, who loved to be called "Mama" by her grandchildren, passed away peacefully Jan. 20, 2022.

Miriam was born in San Antonio, Texas on July 6, 1940, to Earl and Aggie Poppell. She attended Harlandale High School in San Antonio and was an avid member and performer of the Gold Battalion team for four years.

Miriam was a mother to four children. She raised her children with love and devotion in Texas and then in Fallbrook when she and Larry decided to relocate in 1970 and join the family business with his parents Scrappy and Polly Scrape.

Miriam was known as a constant volunteer with the schools in Fallbrook, and any organization, club, or sports team her children participated in. Her hobbies included gardening and oil painting. Her artistic talents will be remembered by the hundreds of paintings that are adorned in many homes of family and friends. With the various roles she had, she was most proud of the titles of mom, grandma, and great-grandma.

Friends wishing to honor Miriam are invited to make donations to the Foundation for Senior Care of Fallbrook.