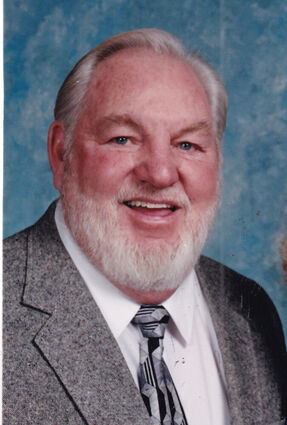 Dick was born in Austin, Minnesota to Walter J Enright and Florence Best Enright. He was the sixth of seven children born into a poor Irish German family. When he was 5, the family moved from Minnesota to California. When they arrived, his father had 10 cents left in his pocket.

As a young boy he fell in love with horses and hamburgers. His family had opened a restaurant named the Hurry Back Café. His father built this establishment with used lumber. Walter Enright would sit on a stool at the counter and say" Hurry back now."

When their sixth child started eating all the profits, (yes you guessed it hamburgers), the family knew he needed a distraction. His older sister, who was a high school cheerleader, pressured him into trying out for football. At this point, his love of hamburgers was catching up with his waistline. But that soon changed when his love for football emerged.

Fortunately for him, his coach saw something in this chubby boy, and encouraged and mentored him. His confidence soared. During his junior year of high school, a pretty blonde girl happened to walk into his classroom. She had transferred from another school. Bitten by the love bug, he fell head over heels for her. He proclaimed to his friends, "I'm going to marry her." This blond beauty was Jean Perdew. She was a ballet dancer, and little did either of them know that they would become high school sweethearts for life.

By the time his senior year rolled around, he was being recruited by USC, and UCLA. He took a full scholarship to USC. He played first string offense and he was a three year letterman and played in the Rose Bowl.

By now he was looking to the future, and that future was playing in the NFL for the LA Rams. His starting salary was around $15,083 a year, but while playing that year he received a severe concussion. In that same year, while driving his beloved Jaguar convertible, he was T-boned by a car that ran a red light. The windshield wrapped around his head. Decisions had to be made, and with a baby on the way, it was decided that he would not go back. Instead, he started a successful car detailing business.

Then, in 1962, Dick was asked to join the coaching and teaching staff at Gardena High School, his alma mater. He coached first as an assistant then as the head coach. In 1970, with two LA city championships and five league titles under his belt, he was recruited by the University of Oregon, for the position of offensive line coach. In 1972 at 37, he became the Ducks head coach, with a starting salary of $22,500 a year. As head coach he developed quarterbacks Dan Fouts and Norv Turner, and tight end Russ Francis who all went on to play professional football.

When at Oregon, Dick was hearing complaints from husbands, stating they wanted their wives to take an interest and understand football. He decided to start the Daisy Ducks, a women group to teach them football. It was a hit. Daisy Ducks continue to exist today.

In 1974, after he had left the University Of Oregon, he was asked to join, as offensive coordinator, the newly developed World Football League. The team was the Anaheim Sun. The WFL was short-lived however and folded during the 1975 season. In 1975, Dick was then asked to join the NFL, San Francisco 49ers, again as offensive coordinator for one year.

In 1977, he started as an assistant coach and a teacher at Capistrano Valley High School in Mission Viejo. He decided to coach his son, Steven Enright, at the high school level; Steven ended up with 40 scholarship offers (he chose USC). In 1979, he became head coach. Todd Marinovich transferred to the school to be coached by him and then broke the all-time passing record. In 1987, Dick resigned from coaching but continued to teach until 2002.

His next endeavor was to move to Fallbrook with Jean, and his daughter, Janie Shaw who had just finished chemotherapy, her son Derek and daughter Lauren. With genetics on her side, Lauren, who was herself a great athlete, excelled in dance, theater and rowing. She received a scholarship offer for rowing and went on to model. Derek was showing promise as a quarterback.

It was back to coaching for Grandpa, leading him to Fallbrook Pop Warner which he loved. Derek would later go on to play at Oceanside High School, coached by John Carroll who was himself a legend.

At Oceanside, Derek befriended Roberto Wallace, a transplant from Panama with dual citizenship wanting to finish high school in the states. He chose to not go back with his family and came to live with the Enright/Shaw clan. Of course, he would have to play football. He had never played before, but he landed at the right house. Coach Enright/Grandpa was again in his glory. This was what opened the door to a full ride scholarship to San Diego State for Roberto, and then the opportunity to play for the Miami Dolphins. Derek, who was an All-American quarterback, received 50 scholarship offers and then went on to ASU.

Once again he gave the gift that was his to give. His last coaching gig was in 2021 with Fallbrook Pop Warner aged 10 and up. He was given a shirt with the unofficial title of Consultant. He was loved by those boys. Maybe it was because he looked like Santa Claus, or maybe they could see the love, pride and passion in him that comes with 87 years of living. Maybe it was the encouragement that he gave them, maybe it was just his gift he gave so freely.

During the last 11 years, his attention (obsession) with his great-grandchildren was what brought him abundant joy: great-grandsons Beck Shaw, age 10; Hendrix Shaw, age 8 who live in Overland Park, Kansas with their father Derek Shaw and his fiancé Kelli Warren; great-granddaughters Emma Jean Maxwell, age 5, and Heidi Maxwell, age 1, live with their mother Lauren and father Jordan Maxwell in Fallbrook, California.

These little people were the diamonds in his crown. Nothing brought more joy to both "Grandpa big finger" (Papa) and "GG" (Jean). The love was just short of the love these high school sweethearts of 66 years had for each other.