CPC says dismissal for refusing testing should be reversed 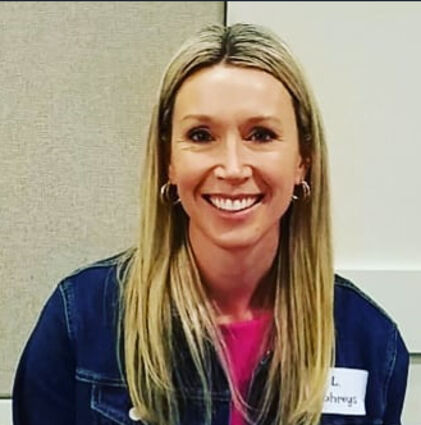 Jennifer Humphreys is fighting to get her job back with FUESD.

A third grade teacher's dismissal for not being vaccinated for COVID-19 and refusing to adhere to weekly testing was reversed this summer by the Commission on Professional Competence. In a 28-page document, the CPC said the Fallbrook teacher should be given her job back and receive pay and benefits from when she was fired last fall.

"It is quite evident that the district rushed to dismiss the respondent," the CPC report stated.

Trustees of the Fallbrook Union Elementary School District had no comment on Aug. 15 when a union representative Ken Ostroske asked why Jennifer Humphreys, a teacher for 21 years in the district, was not being reinstated. The reason: the district is appealing the decision to the Superior Court.

In its appeal, filed last week, the district contends the commission "abused its discretion because its decision is not supported by the findings, the findings are contrary to the weight of the evidence, and there are serious errors in law."

The attorney representing the district listed 40-some points of "prejudicial abuse of discretion" by the commission and said it will lodge the complete administrative record, including exhibits and transcripts of the proceedings before the commission, in advance of the hearing on this matter.

The three voted unanimously that the district was not proper in firing Humphreys but attorneys representing the district filed a motion challenging the decision on Aug. 23. The case was assigned to Judge Keri Katz in San Diego Superior Court, but no date has been scheduled. The defendant is the CPC and Humphreys, the "real party of interest."

"I've confronted a whirlwind of emotions over the past 11 months," Humphreys said in a statement to the Village News. "The CPC's unanimous decision in my favor was welcome news for sure. But presently it feels like just a small step in the right direction, and I still have a long way to go."

She would like to return to her third grade class at Frazier Elementary School.

"Fallbrook has amazing children, is a wonderful community and a great district to work for," she stated. "The district and its community partnered together during the pandemic to keep children safe while they were learning. After complying with all the safety measures the district had put into place through some 18 months of the pandemic, the vaccine and testing mandate directives imposed in early September 2021 gave me pause.

"It's fair to say I was very uncomfortable with being required to vaccinate at all or to undertake virus testing other than at my doctor's office. Understanding and trusting what my employer was asking me to do with my body was and is important to me."

The statement continued: "While I was mistaken in not responding to emails about the mandates from district administration spanning a few weeks, in late September 2021, I was blindsided by the district's removing me from my teaching position and students with no notice. Initially, I was hopeful there would be alternatives to vaccinating or drive-up parking lot testing, such as regular health screenings by my physician, remote teaching, or even accepting an unpaid leave of absence. But the district denied all of these options and instead suspended me without pay or benefits and initiated termination proceedings."

In the CPC's report about the hearing, it noted Humphreys said she was not an "anti-vaxxer." The school district also denied her request for a religious exemption, but the CPC focus was more on steps taken prior to her termination.

"Upon further reflection following her dismissal, respondent did submit to testing for several weeks in an attempt to show the district that she would remediate her behavior," the CPC report noted. This, and respondent's sincere testimony at hearing, reflect her understanding that compliance with the district's testing policy, as mandated by the CDPH [California Department of Public Health] order, is a condition of her employment with which she should have and now will comply."

In the CPC report's legal conclusions, it noted that "the standard of proof is a preponderance of the evidence" for dismissal. Commissioners reviewed and evaluated the meaning and conditions of "just cause," "evident unfitness for service" and "willful refusal to perform regular assignments without reasonable cause."

The report indicated there were ways in which the district could have handled the case better.

"To be clear, and as she conceded at hearing, respondent should have responded to the emails and expressed her concerns about testing, rather than simply ignoring complainant's request. However, respondent's failure to respond to complainant's initial three emails cannot reasonably be viewed as 'persistent refusal' to comply with district policy," the report stated.

Not until a face-to-face meeting did the district first inform Humphreys that she would be subject to disciplinary action if she failed to test, the report said.

"At this point, respondent willfully refused to comply, which was unreasonable given the numerous options provided to her to obtain a COVID test at a location of her choosing," it continued.

Humphreys refused to comply, but this was the first instance that the respondent indicates she was refusing to comply. That's when the district placed her on notice that her failure would result in disciplinary action.

"This is significant because the district had no written policy regarding testing that respondent could have consulted," the CPC notice stated. "Nowhere in any of the district's communications had it informed her or staff that failure to comply would result in disciplinary action, including dismissal."

The report noted that Humphrey's failure to abide by the district's requirement must be weighed against her 21-years with the district. During her tenure at the district, Humphreys received satisfactory reviews while teaching first through sixth grades.

"Respondent made a mistake based on an erroneous belief that she should not have to abide by the district's testing requirements or that the district was required to provide an alternative to testing. Respondent repeatedly expressed contrition about her interactions with the district, and the record as a whole does not establish that she is temperamentally unfit to teach," the report stated.

The report also said, "The district's arguments that respondent's failure to comply with the district's policy put her children at risk are slightly exaggerated."

It stated, "While respondent exercised, among other things, poor judgment and a lack of professionalism by failing to respond to the emails and comply with the district's mandate, she is not 'evidently unfit' to teach."

Administrative Law Judge Adam L. Berg led the commission. As chairperson, Berg was a voting member of the commission and was responsible for assuring that the legal rights of the parties were protected. Other members were Paola Flores and Karen Schuett.