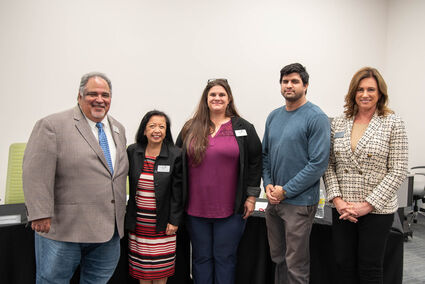 Judy Patacsil, Ed.D., of Area 1, Michelle Rains of Area 4 and Jacqueline Kaiser of Area 5 were elected in the Tuesday, Nov. 8, general election and were sworn in at the meeting, during which the board also elected new officers and set its regular meeting date and time for the coming year.