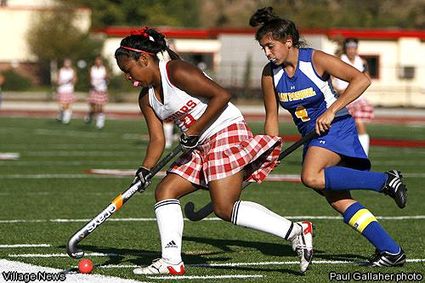 On October 21, the Fallbrook girls’ varsity field hockey team hosted the San Pasqual Eagles. The Lady Warriors struggled throughout the game. A defense that normally gives up less than a goal per contest allowed the Eagles to score four times. In addition, Fallbrook’s offensive leaders were held scoreless as San Pasqual swiftly shutout the Warriors 4-0.

The Eagles took control of the game right from the start. They quickly set the tempo and kept Fallbrook’s goalie, Jahna Jordan, on her toes. A few minutes into the game, San Pasqual earned a penalty stroke. However, the opportunity wa...