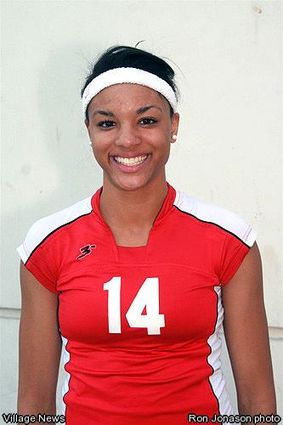 In 2006 Sha’Dere McNeal convinced her close friend Erica Wilson to try out for the Fallbrook High School volleyball team.

On November 12 of this year, McNeal and Wilson both signed letters of intent to play college volleyball.

McNeal will play for the University of Texas while Wilson is headed to Arizona State University.

Peng is quick to note that he took over the Warrior volleyball team this year and other coaches should also be given credit. “They’ve had two, three years w...