Results for Prop A special election won't be known for 2-3 weeks, NCFPD says 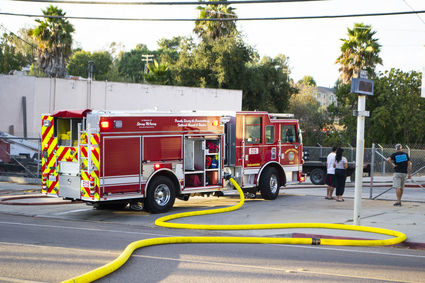 North County Fire Protection District firefighters respond to a blaze near Ammunition and Mission roads in Fallbrook Saturday, Nov. 2. The results for the Prop A special election to pay for needed upgrades, won't be known for 2-3 weeks. Will Fritz photo

Results for the North County Fire Protection District's Proposition A special election won't be available as early as had previously been thought, fire officials said Friday.

The fire district initially said the outcome of the election – a referendum on a new tax of $5 per month, per parcel of owned property, to pay for construction, maintenance and improvements to fire stations – would be known by Nov. 1.

However, officials now say it's taking longer to tally all the votes up than they had predicted, and the outcome may not be known for another two to three weeks.