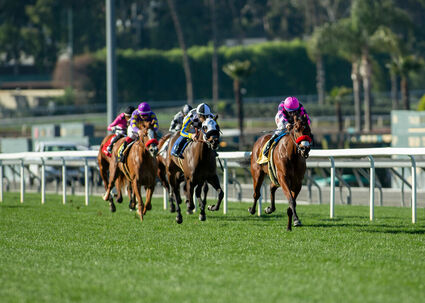 Lucky Girl, who is trained by Richard Baltas and was ridden by Joe Bravo, won the one-mile turf race for three-year-old fillies in 1:35.71. She finished 1 3/4 lengths ahead of second-place Island of Love.

"The whole idea was to get her to relax. She did that. She showed her talent," Baltas said.

Lucky Girl had not previously won a race. She was foaled in Ireland and made her racing debut at the Gowran Park track in Ireland July 24, 2021. She finis...