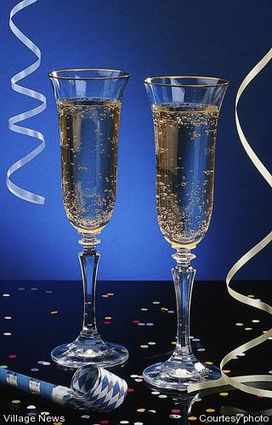 There is no excuse to stay home when several local restaurants will be offering everything from special menus to live bands, DJs and dancing! Listed are several of our area establishments who were able to provide us with their New Year’s Eve plans.

Serving a special Chef’s Menu with dinner served until 9 p.m.

Special dinner items such as Prime Rib, Lobster Tail and Filet Mignon. Patio area open with sparkling “fire bar.” A jazz band will provide entertainment and a champagne toast will occur at midnight.

Special menu with items such as Herb-crusted Rack of Lamb or Filet Mignon and Shrimp Scampi. Party favors, gifts and a photo included. Entertainment will be provided. By reservation.

Special four-course meal which includes choices such as Rack of Lamb and Filet Mignon. Dinner served from 4 to 9 p.m. An after-party (free to dinner guests, a cover charge for non-diners) will be held with a DJ and dance with a midnight champagne toast.

Buffet dinner served from 7:30 to midnight with items such as Filet Mignon, soups and salads. Entertainment will be provided by light rock/oldies band Point Blank.

Offering both dinner and drink specials. Dinner until 8 p.m.

Offering special dinner package with appetizers from 7 to 8 p.m. and dinner served at 8 with entrees such as Twin Lobster Tails and Filet Mignon. By reservation.