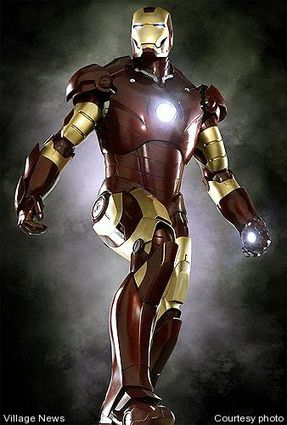 The Marvel Studios movie “Iron Man” can best be classified as an action film. The movie satisfies those who seek such a genre, providing action throughout.

“Iron Man” stars Robert Downey Jr. as Tony Stark, who inherited Stark Industries from his father and whose engineering skills have allowed for improved products by the weapons manufacturing company.

Tony travels to Afghanistan for a demonstration, and while he is there his convoy is attacked and Tony is taken captive by Afghani insurgents.

His captors extort him into making a weapons system for them, but instead Tony manufactures an iron suit for himself with built-in weapons.

While Tony is being held captive, Obadiah Stone (played by Jeff Bridges) runs the company.

After his escape and return to the United States, Tony learns that some of the Stark Industries weapons have fallen into the hands of the insurgents and shuts down the company’s weapons division, which is its flagship component.

Although the shield and weaponry of his original suit worked well, his ability to use the suit for flight required improvement. Tony focuses on perfecting the flight operations component of iron suits.

The battles with the insurgents, along with Tony’s flight attempts, provide the action needed to earn the admiration of those who appreciate action.

The film is rated PG-13 for some intense sequences of science fiction action and violence and for brief suggestive content, and the PG-13 rating rather than an “R” rating for more graphic violence is appropriate.

The frequency rather than the intensity of the action keeps the viewer interested in the film throughout, while humorous lines at various points are memorable.

The brief suggestive content reinforces Tony Stark’s playboy image. His relationship with his secretary, Pepper Potts (Gwyneth Paltrow), is platonic, and while that doesn’t diminish Pepper’s beauty it assures that romantic scenes don’t draw away from the action.

It’s not a romance film, or a drama, or a comedy, or even a graphic-oriented action film. Whether a viewer appreciates the film depends on his or her taste, but it’s enjoyable for small children, teenagers, and adults.