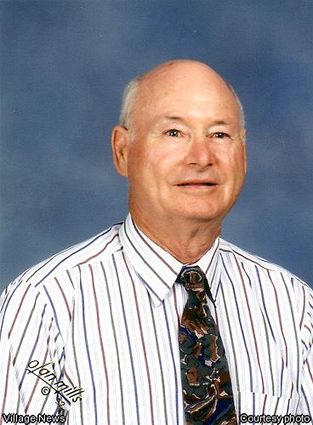 Floyd was born on January 29, 1927, in Elk Township, Stoddard County, MO, to Harry and Minnie Miller. He was the oldest of eight children. The family moved to Flint, MI, in 1941.

Floyd joined the Navy in 1944 at the age of 17 and served in the Asiatic Pacific Campaign aboard the USS Siboney during World War II. He served another stint in the Navy during the Korean War. After being discharged from the Navy, Floyd trained as an electrician while working at General Motors. Floyd had found his calling!

After several trips to the west coast, Floyd gave up shoveling winter snow in 1957 and moved to Carlsbad. He worked for Baker Electric until 1981, then started his own electrical contracting company. Floyd retired in 1992. He was a 32nd degree Mason and a deacon in his church.

A memorial service will be held Saturday, October 4, at 2 p.m. at Riverview Church, located at 4980 Sweetgrass Lane in Bonsall. In lieu of flowers, the family suggests donations be made to the San Diego Alzheimer’s Association.