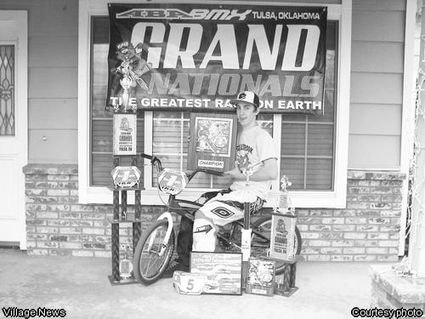 FALLBROOK- 2008 was a very special year for local bicycle motocross (BMX) racer, Chad Sinclair, and culminated with the championship win at the American Bicycle Association BMX Race of Champions.

Chad had loved riding his bicycle all of his life, but four years ago he became hooked on riding BMX at the Lake Perris, CA track. He spent many nights and weekends making the trek from Fallbrook to Lake Perris. His love of BMX grew, and his passion for winning increased. A broken wrist at the beginning of 2007 sidelined Chad for much of the 2007 season. Finally, he competed in his first National...