Camarada presents the art of harp 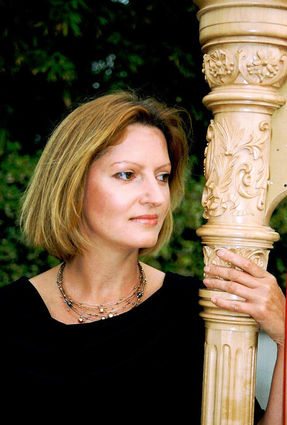 Harpist Elena Mashkovtseva is set to perform with Beth Ross Buckley on flute and Travis Maril on viola Oct. 28, at the Fallbrook Library as part of the Fallbrook Music Society's concert series.

The performance will be held in the community room of the Fallbrook Library and is free to the public.

"Fallbrook Music Society is working hard to stretch the scope of classical music concerts we bring to our community and this concert has a wow factor of 10," executive director Ann Murray said.

"Harp literature is especially diverse as the instrument lends itself to unique interpretation, so I hope this concert brings out people interested in learning about the harp, up close and personal, from someone who is truly, truly gifted," Murray said.

The concert begins with a 2:30 p.m. program preview. A reception immediately follows the concert on the Poet's Patio. For more information, visit FallbrookMusicSociety.org.