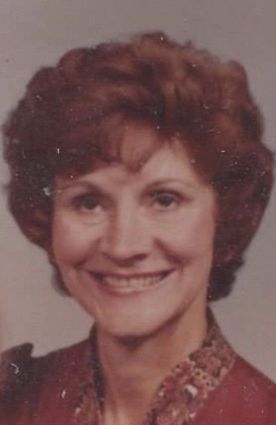 Sylvia Christine Eckhardt, nee Sathre, entered her forever home with her Lord and Savior June 23, 2020. She was 91 years old. She was born to Louis and Hazel (Pletcher) Sathre May 26, 1929, joining older brother Carl and followed by sister Louise and brothers LeRoy, Lawrence, Harold and Ronald.

Her father was born in Norway, and she was a proud Norwegian and charter member of Daughters of Norway in Fallbrook.

Born and raised in Cleveland, Ohio, she moved to California in the 1950s and became an executive secretary at the gas company in Los Angeles. It was there that she met Richard J. Eckhardt, and they married in 1967. They adopted their only daughter, Sarah, in 1976.

They moved to Fallbrook in 1978, and she became a homemaker and stay-at-home mom. She enjoyed playing the piano, was a voracious reader, enjoyed Bible study and reveled in her large Ohio and Illinois families. She also enjoyed square dancing, camping, traveling and studying genealogy. She was a member of Sunrise Christian Fellowship for over 40 years.

She was preceded in death by her husband of 47 years, Richard; her brothers Carl and Harold and sister Louise. She is survived by her daughter, Sarah Eckhardt of Fallbrook, brothers Lawrence (Nancy) and Ronald of Ohio, and LeRoy of Florida, brother-in-law Ernest Eckhardt of Illinois, and many nieces, nephews, cousins and friends.

Donations in her honor may be made to your local library or literacy program or music program for children. Sylvia will be laid to rest next to her husband at the Masonic Cemetery in Fallbrook.