'Palm Springs' arrives for the Groundhog Days of quarantine 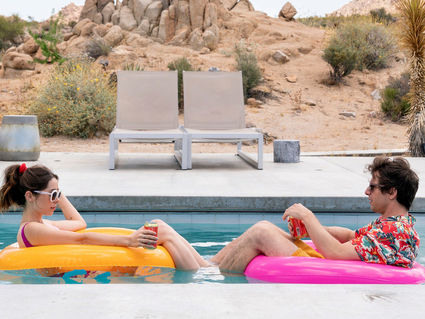 Cristin Milioti, left, and Andy Samberg in a scene from "Palm Springs," which will premiere Friday, July 10 on Hulu. Taylor Jewell/Invision

NEW YORK (AP) - Though most of the films that have debuted during the pandemic never got to screen for packed movie houses, "Palm Springs" had the kind of premiere filmmakers dream of.

At the Sundance Film Festival in January, the time-loop romantic comedy, starring Andy Samberg and Cristin Milioti drew big laughs, enthusiastic reviews and a record deal for the festival. Hulu and the indie distributor Neon acquired "Palm Springs" for $17,500,000.69. The extra cents were suggested after negotiations stretched deep into the night by Samberg's Lonely Island partner Ak...