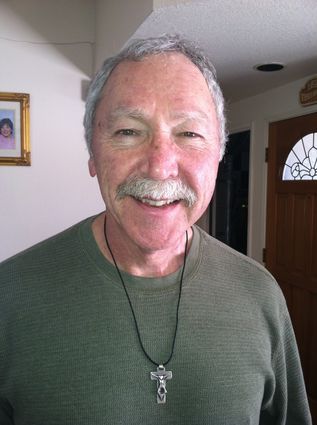 It is with great sadness that the family of Pierre Henri Belanger, known to his friends as Pete, passed away suddenly at his home in Fallbrook, California, on Dec. 10, 2020. He was 72. Pete had been recovering from kidney surgery to remove cancer and was on the mend. He fought cancer for over 20 years and had beat it every time. It was pronounced that Pete died of natural causes.

Pete was the only son of Doris Claire (Roy) Belanger and Maurice Laurent Belanger, both deceased. He was predeceased by his sister Michelle Marguerite Belanger.

Pete was born in Fall River, Massachusetts, on July 27, 1948. He graduated from Monsignor Prevost High School, Fall River, in 1966. He went on to graduate with a BA in Political Science from Stonehill College, Easton, Massachusetts, in 1971. Pete also earned an AA in Transportation from La Mesa College in San Diego.

Pete joined the US Marine Corps to become an officer, ROTC, and was honorably discharged medically 2 years later for injuries sustained in training. He also spent a short time in the Peace Corps in West Africa.

Pete was a man of many blue collar trades and always worked hard to provide for his family. He was employed at Rocketdyne during the construction of the NASA Space Shuttle. He was also employed at Rockwell International in 1983 when Rockwell was building the B-1 Bomber; and then transferred to Boeing where he worked on maintenance projects with a Top Secret clearance.

He was a devoted member of the UAW (United Automobile, Aerospace and Agricultural Implement Workers of America) Local 887 Seal Beach Division. He was a proud Health and Safety Representative for the union during his time at Boeing. Pete retired from Boeing in 2010.

Pete opted for cremation and will be buried at Mission San Luis Rey on Jan. 4 at 11 a.m. The service will take place outside of the "Our Lady of the Angels Chapel." Due to COVID, it will be a very small service with only close family members in attendance.

Pete was a gentle warrior, a humble man of great aptitude. He was peaceful and loving. He was an amazing deep sea fisherman, diver, swimmer, and he loved the sea. Most of all, Pete loved the Lord, God of Heaven. He was a man of great faith and trusted in all of God's ways. May he rest in peace, fishing in God's Heaven, knowing how loved he was and always will be.

If so obliged, Memorial donations may be made to any of the following nonprofits: