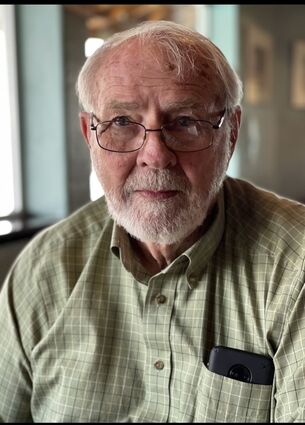 Sims D. Parker, 79, Auburn, California, passed away Dec. 3, 2021, after a brief illness. He was born in Collinwood, Tennessee Sept. 8, 1942, to Dru Parker and Grace Morgan Parker. His family moved to Fallbrook, California in 1948 where he grew up and graduated from Fallbrook Union High School in 1960.

Sims had a long career at Rainbow Municipal Water District in Southern California, coached his sons' Pop Warner football teams and was beloved by his team players.

He moved to Northern California in 1985 and continued to work in public works until his retirement in 2005.

He is survived by his wife of 40 years, Joy Parker; three sons, David (Trisha), Michael (Teri), and Donald (Maureen); daughters Debbie Parker and Brenda VanErt as well as 17 grandchildren and six great-grandchildren.

"Pa" was a wonderful grandfather who had very special relationships with his grandchildren and great-grandchildren, and will be missed dearly by his entire family.

Sims was a humble man who served the Lord and was active in his local churches, including being a Deacon.

There will be a celebration of life at a later date.

Condolences to the family can be left at dignitymemorial.com.