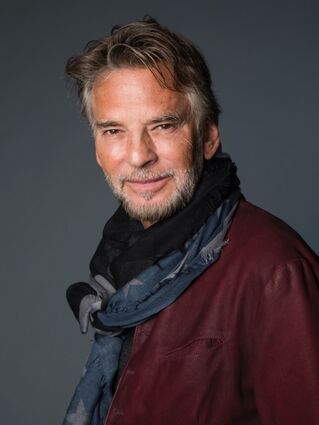 Loggins' remarkable four-decade-plus career has brought him from the top of the charts to the toast of the Grammys. He's had smash hits on Hollywood's favorite soundtracks, rocked worldwide stages, and found his way into children's hearts while bringing his soulful, beautiful voice to platinum albums of a stunning variety of genres.

His gift for crafting deeply emotional music is unparalleled, and it's been a part of his life as long as he can remember. In the early days of his career, Loggins formed a duo with Jim Messina, a producer and onetime Poco member. Their first album, "Kenny Loggins With Jim Messina Sittin' In," came out in 1971. The prolific recording and touring duo released a studio album every year from 1971 to 1976, wrapping with "Native Sons."

Kenny's 1977 solo debut, "Celebrate Me Home," went platinum and included "I Believe in Love," the song he'd written for Barbra Streisand to perform in the film "A Star Is Born." The album came out just in time for Loggins to score a gig opening for Fleetwood Mac on the Rumours Tour, and he went from playing large rooms to arenas overnight.

He struck up a friendship with Stevie Nicks, who generously offered to sing one of his songs. Loggins wrote the perfect tune with his friend, Melissa Manchester – "Whenever I Call You Friend" from his 1978 LP Nightwatch – which he credits as "the moment that launched my solo career."

Since then, he's had 12 platinum albums, a pair of Grammys, and hits on almost all the Billboard charts under his belt. Playing live has always been – and remains – a key part of Loggins' life. "It's an experience I don't have anywhere else. It is time-travel," he explains. "I make a connection with the audience that is special to me and unique in my life."

All events and promotions are subject to cancellation without notice. Learn more about the upcoming events at Pala Casino Spa Resort by visiting: https://www.palacasino.com/entertainment/all-entertainment/.

Pala Casino is still committed to Playing It Safe. All shows continue to have increased cleaning and sanitizer stations. For a full list of the property updates and safety protocols at Pala Casino, visit https://www.palacasino.com/.