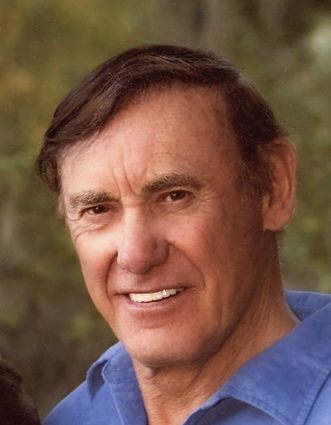 Duane Harold Dawes, beloved father, grandfather and great-grandfather, was born in 1933 to Jesse Dawes and Alice Scovell at his family farm in Monroe City, Wisconsin. He died peacefully, surrounded by family at his Templeton ranch, where he lived for 45 years.

Being born during the Great Depression, Duane's early life was of humble beginnings. After his father died unexpectedly, his family lost their farm. A few years later, at the age of 10, Duane, along with his mother and siblings, made their way out west. His family settled in Fallbrook.

Duane referred to Fallbrook as "The Garden of Eden" given the abundance of delicious fruit that he was not used to. It was in Fallbrook where Duane attended high school with Janice Wann, and the pair married in 1955. They were married for 61 years until Janice died three years ago.

After starting his trucking business in Fallbrook, Duane, Janice and their three daughters moved to the Central Coast in 1970. Duane and Janice purchased a ranch, which they cared for together. Of his lifetime of memories at his beloved ranch, Duane has said, "I have loved every one of them."

Duane loved western music and dancing. He and Janice were accomplished square dancers and enjoyed many years with their square-dancing community. When inspiration hit, Duane began to write his own western music by way of beautiful poetry. Many of his poems have been about family and friends who he has loved and lost.

Duane was a proud descendent of many American patriots who have served as high ranking members of government, including Congress and as the vice president of the United States of America. Duane was a direct descendent of William Dawes, an American Revolutionist, who rode with Paul Revere and Samuel Prescott in 1775. Duane served as president of the Descendants of William Dawes Who Rode Association.

Duane worked hard to build the life he wanted. His life was full of adventure, travel, family and friends who loved and admired him. Duane was a well-respected pillar of the community and will be missed terribly. He will be remembered as one of the most passionate, hardest working men of his time.

A celebration of life will be held at The Dawes Ranch Saturday, July 25, at 3 p.m.

"We don't have to stop where we started," Duane Dawes said.