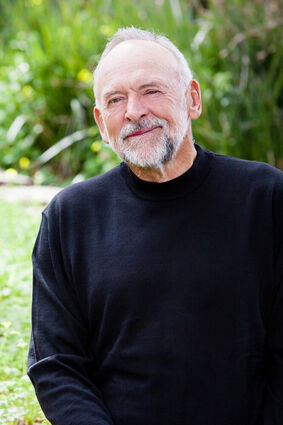 Joseph Bochenek, 72, passed away peacefully at home with his family on Nov. 6 after a life focused on his faith, family, and friends. He is survived by his wife, Marilyn; son Tyler and wife Annie, daughter Marcie and husband Nick; brother Robert and wife Marie; his adoring grandchildren, Cade, Dean, Van and Jade, and his very close brothers-in-law, sisters-in-law, nieces and nephews.

He was born Dec. 11, 1948, in Grand Haven, Michigan, and was the second of three boys born to Emil Bochenek and Josephine Bochenek Lee. His athletic abilities brought him to California at the age of 19 to play football for Long Beach State. It was there he found his passion for rugby, touring with the Long Beach State team at home and internationally. After graduating from Long Beach State in 1975, he became a charter member of the Long Beach Rugby Club and the Belmont Shores Rugby Club.

During college, he became a framing contractor and, later, a general contractor focusing on homes and restaurants. Joe was a true craftsman, a self-made man with a strong work ethic. He was salt-of-the-earth and always determined to reach his goals. This determination would prove to be one of his greatest assets throughout his life.

In 1978, he met his wife, Marilyn. They married in 1979 and were blessed with two amazing children, Tyler and Marcie. Fallbrook became home in 1981 when on a Sunday drive they came across a very old house from the 1930s, saw the potential and knew it was "home." Forty-two years later, Joe's building talents still shine through.

Beginning in 1992, he faced a series of health issues which ended his building career. With his usual determination, he pushed forward attending Loma Linda University where he received a degree in their Physical Therapy Assistant program, graduating in 1996. He then began his second career at Palomar Pomerado Medical Center.

He enjoyed the last 35 summers relaxing with family and friends in Trinity Alps, fishing pole in hand. He was known as "The Salmon Whisperer." The Trinity family and the beautiful surroundings gave him peace.

Joe was blessed with many gifts, but he was a humble man. He wasn't comfortable with praise or attention, he just quietly moved forward regardless of what came his way, good or bad. Joe was an inspiration to many and will be missed deeply.